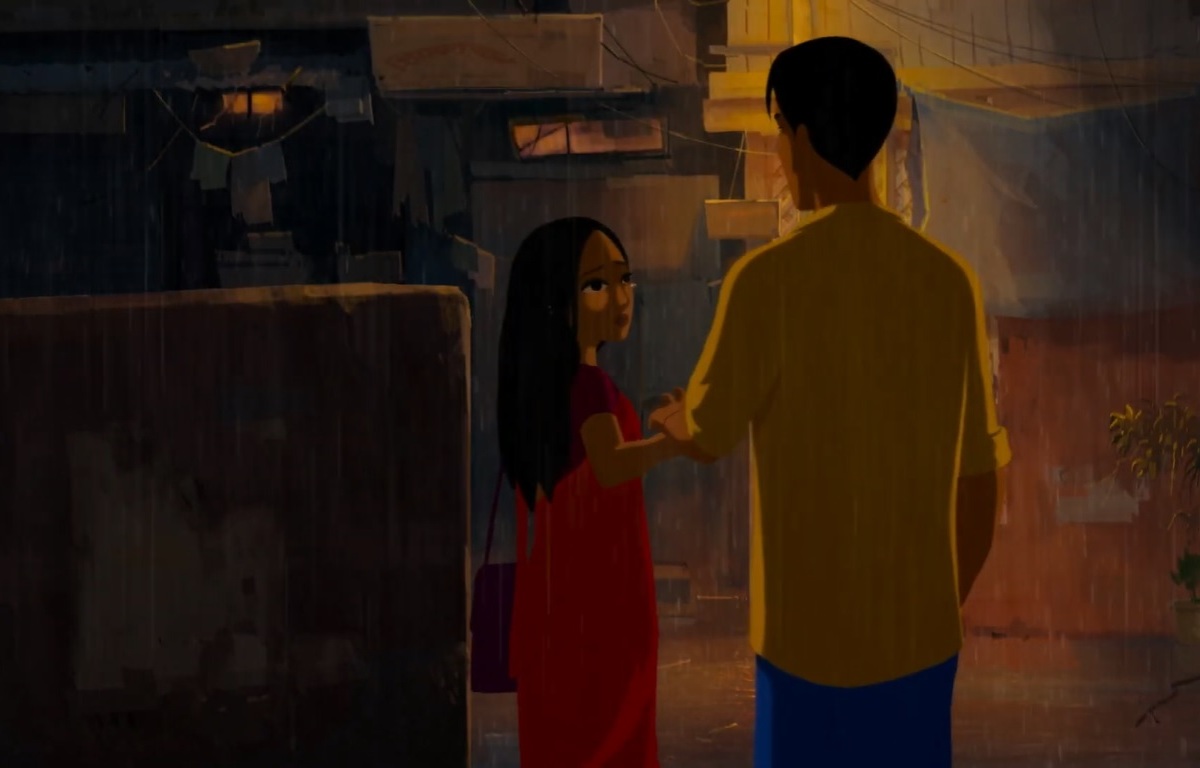 Geethanjali Rao’s Bombay Rose, despite the gorgeous hand-drawn animation, falls flat 20 minutes into it due to a feeble plot and fragile writing. There are multiple storylines with half a dozen characters, none of which are well etched. Would it have worked better, had it been a live-action? No. Because when the writing is weak, no matter how grand the form it is presented is, it makes little to no difference. In fact, parallels are drawn between the present-day Bombay and the costume era, which works very well. I can’t imagine that in live-action. But sadly, it adds no value to the film.

As a love story between two flower sellers who live in their own fantasies, these two characters play on one-liners. They even wear the same clothes throughout. I know, it is an animation film and changing clothes is a mammoth task. But when you are telling a story that takes its time, don’t you think having characters with the same clothes makes them caricatures.

Bombay Rose is a tribute to Bollywood, where music is integral to the storytelling, and I loved it. My favourite moment is the one Salim drops a rose in Kamala’s pile of Jasmines and follows it up with a typical song-and-dance! But the film needed more such moments. Maybe I failed to see more.

The emotion didn’t work because the love story between Kamala and Salim, which is supposed to be the core of the film, looks superficial and cartoonish. Also, the film seems to be befuddled who its target audience is. The zero-depth in writing makes it look like a children’s cartoon. But it is conceptualised to be aimed at adults. There are child labour and dance bars in the plot, but none of them is deeply explored, and their absence would have made no difference to the whole movie. The film feels like the same scenes playing in a loop. There are glimpses of what Bombay Rose could have been, Raja Khan, a superstar who barely appears for 3 minutes is the best part of the film. With a film that tries to tell a lot of stories, it is sad.

But, just have a look at how audience reacted after the film ended.

Perhaps I’m the only one complaining too much about the film! People loved it, and I’m still trying to figure out what I’ve missed. Hopefully, it gets a proper release, and I’ll catch it again to connect the dots. You too, watch out for its release. Great films are those which spark conversations.