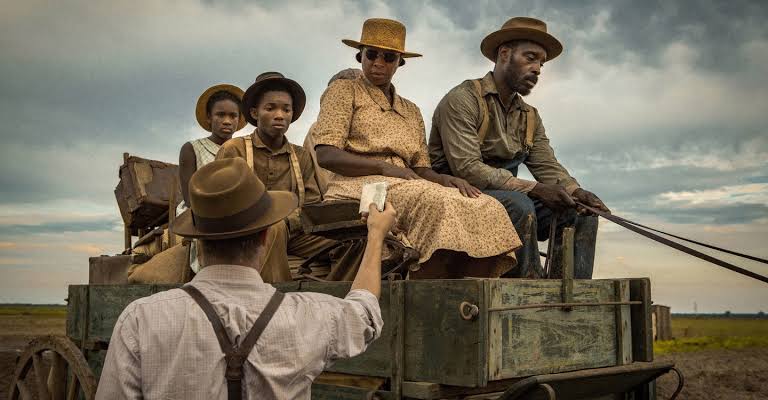 Among all the American films that depict racism in its ugliness, Mudbound takes it to a notch higher, pointing to the sheer purposelessness of it. Set in Mississippi, a geography that has been an emanating point of the issue in several films – Free State of Jones, Freedom Song, and Ghosts of Mississippi, to name a few – the Dee Rees-directorial draws parallels between a war-torn Europe and America amid WW2, alluding how the former region was a relatively comforting place for its black protagonist, mentally.

The horrors for Ronsel, the elder son of the Jackson family, exist at home, not the battlefield where he comes face-to-face with death. Ronsel is freed from racial inequality during the war, far from home, fighting shoulder to shoulder with his American brothers. It is only after returning home, Ronsel grapples to adjust to the prevailing racism in his homeland, where the distance between white household (The McAllan Family) and their tenants on their farm, the black household (The Jackson Family) is evident, both physically and figuratively.

Farming being a major part of the characters’ lives, the title, Mudbound, has dual implications. One, both the families are reliant on the farm for their livelihood, and nature exhibits no prejudice to any human whatsoever. Two, the bigotry among the ‘superiors’ is deeply rooted in, that it feels they grew up feeding off racism. Hence, the resultant attitude is bound to their upbringing and the world around them. It comes naturally.

Pappy McAllan, the film’s antagonist, is only the human form of racism, representing a negligible fraction of the belief that a person of a different race is inferior. I couldn’t help but wonder about the purposelessness of the character’s hatred towards the Jackson family, especially after Ronsel returns as a war hero. He goes to the extent of warning Ronsel that he is still an inferior being in Mississippi, regardless of what he achieved as a soldier. However, Jamie, the younger son of the McAllen family is the only person who empathizes with Ronsel, having experienced the trauma of war first-hand. Being war heroes, Jamie and Ronsel form a bonding, but it’s almost like an illicit one, a friendship disapproved of by the time they live in.

Mudbound’s portrayal of racism boils your blood, while you sit helplessly watching the horrors and heartbreak unravel. We can’t change what happened in the past, but now is the time to ensure the future generations do not feel ashamed of us, the same way we do while looking back at our history. A mirror of history, Mudbound asserts you to ameliorate the present.