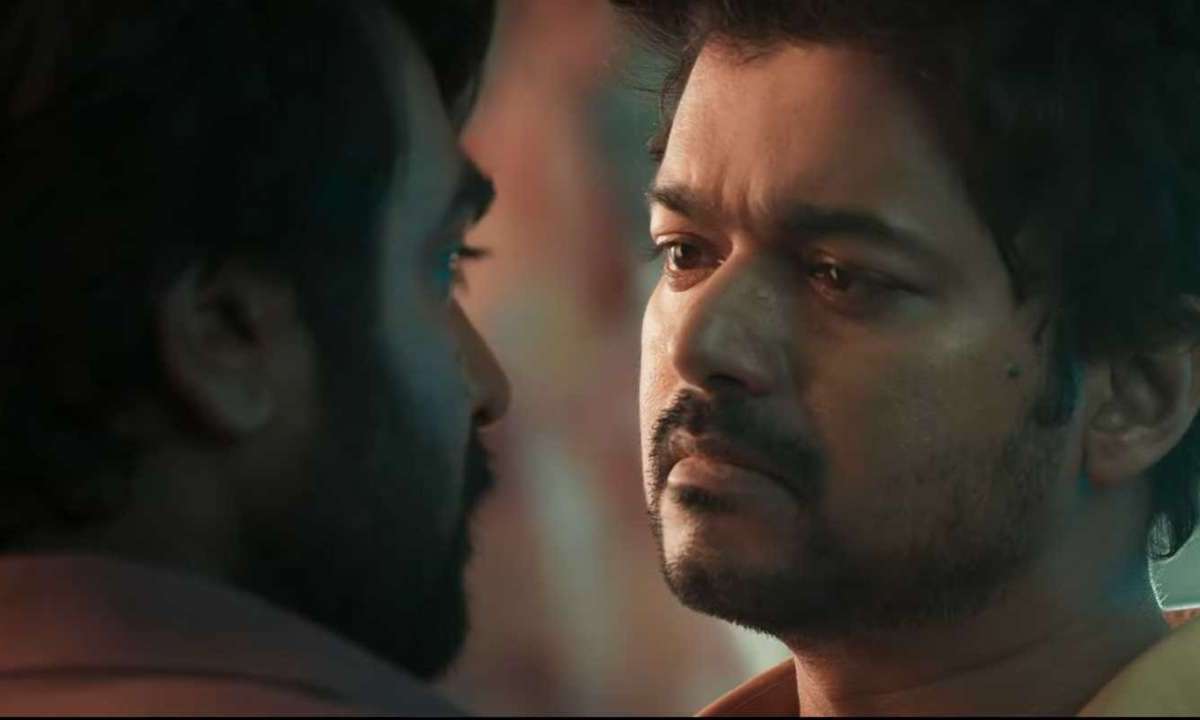 In 2015, when Rajnikanth announced a film with the then two-film old Pa. Ranjit, who by then had developed a strong voice for himself with Madras, the collaboration was perceived as a landmark in the Tamil film industry. Ever since the release and polarised reception of Kabali, the style of star movie has remained a subject of debate – is it the star’s movie? or the filmmaker’s? To the dismay of Rajinikanth’s fans, Kabali was a Pa. Ranjit film, and the fans of Ranjit’s political commentary found Kabali’s politics diluted. With their second film Kaala, the duo cautiously tried to find a middle ground. It had enough mass moments to keep the star’s fans elated, and enough political commentary. And then came Petta, which entirely banked on Rajinikanth’s persona, with Karthik Subbaraj intending to make a tribute to the star he grew up watching, instead of making a film with his directorial trademarks. And the pattern recurred with Darbar as A.R. Murugadoss, a much bigger filmmaker, let go of his serious-filmmaker image to make a jolly-good Rajini entertainer. The result was all over the place.

This was the apprehension I had while walking into Master, the collaboration between the two-film old Lokesh Kanagaraj and Vijay, a humongous superstar. If you ask me whether Master is Lokesh Kanagaraj’s Petta/Darbar moment – although I wish to say no – it is a quintessential Vijay movie but done really well. Unlike Petta or Darbar, this is not a mere showreel of its star, although there is plenty of Vijay the masses love. Master could have been the middle-ground for the filmmaker and star but the entire ground exists under the mighty shadow of the star, creating the delusion of a Vijay movie™. It’s true, in a way. Apart from the hero and the villain, the number of characters that have a say in the proceedings is countable on the fingertips. The count doesn’t go over 4. Everybody else exists to fuel the hero’s arc or die at the hands of the villain, or both. Almost every supporting actor has got longer screentime in interviews promoting the film than in the film itself. In that sense, it’s a Vijay movie, but it’s smarter than it lets on.

A key sequence builds up towards a point that puts an important character in severe peril, and Vijay’s JD is afar, eliminating the possibility of miraculously saving the person just before a thug hits them. What happens here, though, left me in splits and surprise. A kid puts an end to the threat with a simple conversation over a video call. No props broke; no punch dialogues enunciated; and no walking in slow-mo with thumping background music. The scene even leaves the hero stunned. It’s not that the film does not have the aforementioned mass™ moments. There are many. Vijay breaks bones; Vijay drops references to his filmography (and audio launch speeches);  Vijay sings and dances; Vijay walks in slow-mo, a lot! But there are enough well-written, clever mass moments to even out the Vijay-mass™ we are accustomed to. The moments are naturally imbued into the story, without sticking like a sore thumb.

Lokesh Kanagaraj tries to break the image of Vijay, which Atlee and A.R. Murugadoss have formed in the recent past, while also taking the best parts from both of those. For instance, the alcoholic JD tries to pull-off the chewing-gum antic patented by Atlee and fails to do so. It’s a funny moment that tells JD is not the usual Vijay. The interval point tweaks Vijay’s interval-phone-call-punch™ as well. While his characters like Kathireesan and Michael were humorous in the first act of Katthi and Bigil, in Master, the alcoholic JD is the joke, and it’s refreshing to see the star discard the morally virtuous personality. That’s only one of the aspects that make this a Lokesh Kanagaraj’s Vijay movie.  Continuing with the well-known fixation of masala cinema with the mass interval sequence™,  we get a point that catalyzes the hero’s arc with a mass-fight in a police station. Obviously, it’s a tragedy. However, the hero is made complicit for the tragedy, instead of being an outsider like in the case of Katthi or Bairavaa.

Barring a terrific 15-minute prologue which establishes the growth of Vijay Sethupathi’s Bhavani – both literally and figuratively – from being a teenager to an immoral menace, the structure of the first half is generic for the most part.

However, the second half turns the tables around. Like in every Vijay movie, there is a goal the protagonist aims to accomplish, and Master is no different in that spirit. The mission here is to reform children and teenagers housed in a correction center, who are being used as pawns by Bhavani for his crimes. Now, this is one way to look at it. On the other hand, the mission is JD’s own reformation from being a drunkard to a responsible teacher and redeeming his ignorance which caused a tragedy earlier. While the ‘saving juveniles’ thread is evident, his redemption remains submerged, and it only strikes you at the very end (just when the credits start to roll) that JD is actually paying for his ignorant deeds.

While the hero gets his share of worship from the devotees – the college students in the first act – I was pleased to see that his vanity ends there and the world doesn’t revolve around JD after 45 minutes. In a similar vein, the writers – Lokesh Kanagaraj, Rathna Kumar, and Pon Parthiban – do not care about JD’s past. Instead, they play with the idea of flashback with JD narrating stories of films ranging from Kadhal Kottai to Premam. We are relieved from a melodramatic flashback exploring the root cause of his alcohol addiction. Also, the tributes/mass moments – take the kabaddi sequence or the collage riot for instance – carry a certain necessity. The screenplay creates a backstory and the need for every mass moment; none of them exist to merely appease the fanbase. Even emotional scenes involving death are not milked out for the sake of melodrama. This, I feel, is Lokesh Kanagaraj’s touch to this Vijay film.

Similarly, through the second half, JD is overpowered by the devilish Bhavani, who makes his presence – or should I say, the danger – felt even when he is not on the screen, making him the most powerful villain in recent times after Hari Dhadha in Kaala. In Kaala, the antagonist was the representative of an ideology, but in Master, he is just an individual thereby rendering him much more powerful. And it’s been a long while since a villain made Vijay sweat in fear. The last-time Vijay’s protagonist was subjected to dread of this sorts was in Thuppakki when the villain played by Vidyuth Jamwal threatens to bomb the public places. Something similar happens here, and it does bring the hero to his knees. The hero and the villain are equals; they even share a similar character trait. While the alcholic JD uses the inner of the shirt’s collar to rub and clean his lips from time to time, Bhavani uses it to clean his bloody fist everytime he lands a soul-sucking punch on his foes. On that front, Bhavani shines bright, backed by the dead-pan dialogue delivery of Vijay Sethupathi that also gives some of the film’s most chilling and funny moments. Having said that the film begins with Bhavani’s character, it is the protagonist who enters the antagonist’s universe and the film builds a continental-esque world around Bhavani although its exploration is restricted to a fight-and-song sequence. At nearly three hours, there is very little of JD and Bhavani together and it all ends in a brawl. I would have loved to see an extensive cat-and-mouse chase pan out between the two.

It is clear that Lokesh Kanagaraj intended to make a Vijay movie and succeeded in retaining his style to an extent. One of the moments I love in Kaithi is when the protagonist Dhilli sees the picture of his daughter wearing a police uniform. There is something similar here with a letter, and it’s my favourite Vijay moment from the film. All said and done, there are many things Master could have done better – the characters of Malavika Mohanan and Andreah Jeremiah are so underwhelming that it’s baffling when they appear on the screen during key scenes – but this is not an undercooked, made-for-fans movie either. There is a lot the film does right in terms of writing, but I’m sure it could have been a much greater film. Nevertheless, Master is an interesting Vijay movie and an equally entertaining Lokesh Kanagaraj movie. One thing’s clear: Lokesh Kanagaraj ups his mass game and doesn’t try to recreate the success-formula of his previous films. This might make Master look like his least innovative film but he never intended to make something as inventive as Kaithi. Master might be his weakest, but it is still better than almost every mass movie to have came out in the past few years.

Trivia: The word government has been muted in the line ‘the government doesn’t listen to the people’

My favourite song from the film: